Monte Verità: "The place where our minds can reach up to the heavens..."

In the nineteenth century and at the beginning of the twentieth, the Ticino, republic and canton since 1803, became a gateway to the south and favourite destination of a group of unconventional loners who found in the region, with its southern atmosphere, fertile ground in which to sow the seeds of the utopia they were unable to cultivate in the north.

The Ticino came to represent the antithesis of the urbanised, industrialized north, a sanctuary for all kinds if idealist. From 1900 onwards Mount Monescia above Ascona became a pole of attraction for those seeking an "alternative" life. These reformers who sought a third way between the capitalist and communist blocks, eventually found a home in the region of the north Italian lakes.

The founders came from all directions : Henry Oedenkoven from Antwerp, the pianist Ida Hofmann from Montenegro, the artist Gusto and the ex-officer Karl Gräser from Transylvania. United by a common ideal they settled on the "Mount of Truth" as they renamed Monte Monescia. Draped in loose flowing garnments and with long hair they worked in the gardens and fields, built spartan timber cabins and found relaxation in dancing and naked bathing, exposing their bodies to light, air, sun and water. Their diet excluded all animal foods and was based entirely on plants, vegetables and fruit. They workshipped nature, preaching its purity and interpreting it symbolically as the ultimate work of art: "Parsifal's meadow", "The rock of Valkyrie" and the "Harrassprung" were symbolic names which with time were adopted even by the local population of Ascona who had initially regarded the community with suspicion.

Their social organisation based on the co-operative system and through which they strove to achieve the emancipation of women, self-criticism, new ways of cultivating mind and spirit and the unity of body and soul , can at the best be described as a Christian-communist community. 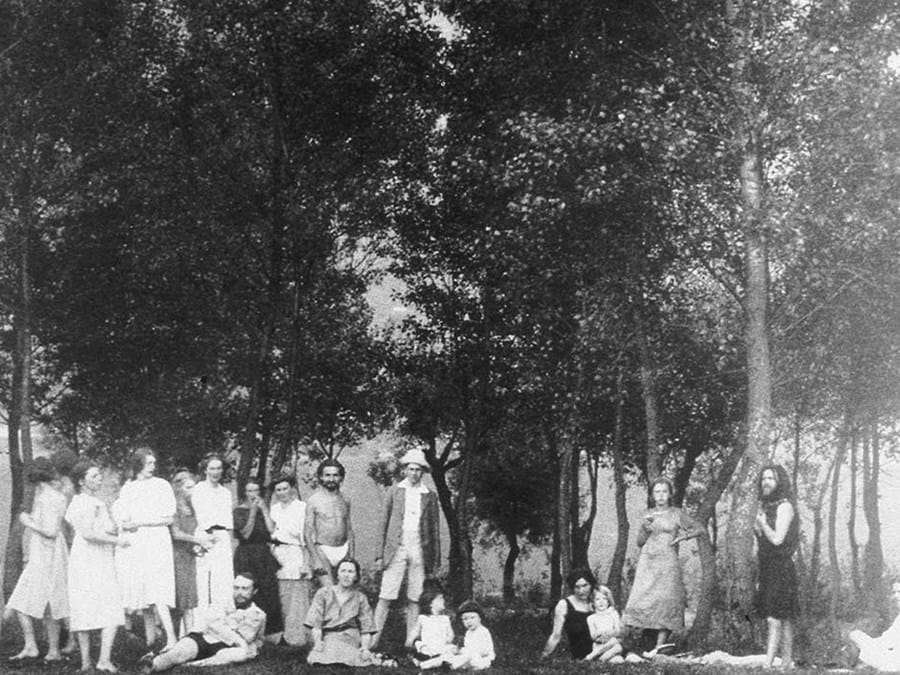 The intensity of the single ideals fused in this community was such that word of it soon spread across the whole of Europe and overseas, whilst gradually over the years the community itself became a sanatorium frequented by theosophists, reformers, anarchists, communists, socialdemocrats, psyco-analysts, followed by literary personalities, writers, poets, artists and finally emigrants of both world wars: Raphael Friedeberg, Prince Peter Kropotkin, Erich Mühsam who declared Ascona "the Republic of the Homeless", Otto Gross who planned a "School for the liberation of humanity", August Bebel, Karl Kautsky, Otto Braun, even perhaps Lenin and Trotzki, Hermann Hesse, Franziska Gräfin zu Reventlow, Else Lasker-Schüler, D.H Lawrence, Rudolf von Laban, Mary Wigman, Isadora Duncan, Hugo Ball, Hans Arp, Hans Richter, Marianne von Werefkin, Alexej von Jawlensky, Arthur Segal, El Lissitzky and many others.

After the departure of the founder for Brazil in 1920 there followed a brief bohemian period at the Monte Verità which lasted until the complex was purchased as a residence by the Baron von der Heydt, banker to the ex-Kaiser Willhelm II and one of the most important collectors of contemporary and non European art. The bohemian life continued in the village and in the Locarnese valleys from then on.

The Mount, now used as a Hotel and park, still maintains its almost magic power of attraction. Along with the proven magnetic anomalies of geological formations underlying Ascona, it is as if the mount preserves, hidden away out of sight, the sum of all the successful and unsuccessful attempts to breach the gap between the "I" and "we", and the striving towards an ideal creative society, thus making the Monte Verità a special scenic and climatic micro-paradise.

The Monte Verità is also however a well preserved testimony for the history of architecture. From Adam's hut to the Bauhaus. The ideology of the first settlers demanded spartan chalet-like timber dwellings with plenty of light and air and few comforts. Shortly after 1900 the following buildings began to spring up: Casa Selma (now museum), [...]1, Casa Andrea with its geometrical façade, the sunniest of the buildings (now converted), Casa Elena and the Casa del Tè - Tea House (now demolished) and the Casa dei Russi (hideout for Russian students after the 1905 revolution and now undergoing renovation). The Casa Centrale was built for the community and allowed for maximum natural light. Ying-Yang symbols were worked into windows and balconies. (In 1948 this building was demolished to make way for a restaurant and only the curving flight of steps remains). 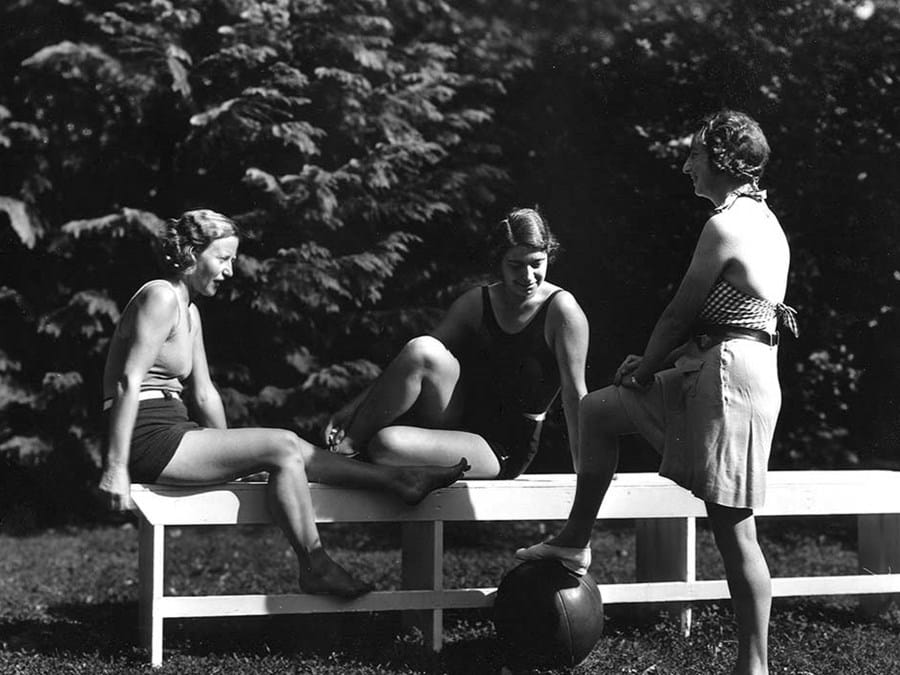 In the mains rooms of this building Mary Wingman danced, Bebel, Kautsky and Martin Buber discussed, Ida Hofmann played Wagner and the community held its reunions. In 1926 the Baron von der Heydt converted Casa Anatta into a private residence and adorned it with his collection of African, Indian and Chinese art, now housed at Rietberg Museum, and a collection of Swiss carnival masks which is now in Washington. After the death of the Baron in 1964 the Casa Anatta, described by the architecture theorist Siegfried Giedion in 1929 as a perfect example of "liberated living", fell into disuse and dilapidation. In 1979 it was re-activated to house the Monte Verità exhibition and has been the History Museum of the Monte Verità since 1981.(Open to the public from April to October). In 1909 the Turinese architect Anselmo Secondo built the Villa Semiramis as a guest house and hotel. The Villa, clinging to the mountain side, presents many architectural characteristics of the Piedmont "Jugendstil" of which the triangular shutters are the most striking example. In 1970 work was carried out to remodernize the Villa, true to the original style, under the direction of the Ticinese architect Livio Vacchini.

The arrival of the Baron on the Mount marked the advent of modern architecture in the Ticino.The original contract for a hotel in the characteristically rational and functional Bauhaus style went to Mies van der Rohe and was executed by Emil Fahrenkamp, builder of the Shell Building in Berlin and later designer of the Rhein Steel Works. Like Casa Anatta, the Hotel is built against the rock face. The design both of the exterior and of the rooms is simple and clear-cut and the suites are furnished in the Bauhaus tradition. The reception rooms and the corridors are light and airy and the metalwork studied down to the smallest detail.Thanks to the construction of the Hotel, Bauhaus masters such as Gropius, Albers, Bayer, Breuer, Feiniger, Schlemmer, Schawinksy and Moholy-Nagy visited Ascona and the Monte Verità and there discovered what Ise Gropius was to put into words in 1978 "A place where our minds can reach up to the heavens...".

n.d.r.
1. We omitted "Casa Aida (now in use)" as this house does not exist anymore within Monte Verità (note of the Foundation Monte Verità).